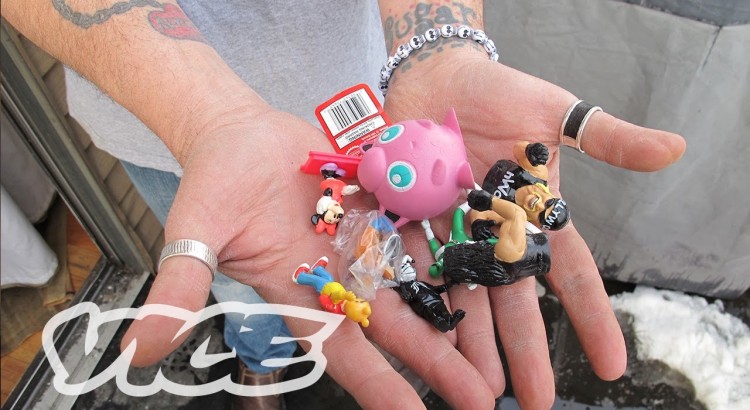 Have you seen this? This man made $1 million dollars on selling “homies” in vending machines and promptly lost it. Incredible story!

This is actually one of my favorite Vice Documentaries. Its only 11 minutes long but tells a short story about the captivating Bradley Ellison, a.k.a. Sugarman, who build a vending machine empire in Staten Island. He had thousands of machines and hit a big break with selling “Homies” toys bringing in over $1 million in sales through his vending machines.

Watch the documentary below and then I’ll discuss it afterwards below!

First off, there is something about Bradley Ellison thats just captivating! I think its his voice, he should definitely be a voice actor.

With that said it’s amazing he brought in over $1 million in sales! Sales don’t always translate into profits so lets dig into the story a bit.

Homies were a popular figurine series created by David Gonzales. They were initially sold in vending machines as collectibles with the goal of collecting all the different ones, each representing a different character based on someone from David Gonzales’ childhood. They blew up in popularity, creating spinoffs, and making money for their creator as well as street vendors like Sugarman.

How Many Homies Would You Have to Sell to Make $1 Million?

Selling at 50 cents per capsule, they had to sell around 2 million Homies! I imagine people were probably buying multiple ones at once.

So Where’s the Money?

In any business there are expenses. 1,500+ machines would be a hefty investment. He would have to be paying for the machines, repairs, staff to maintain them all, toys, gas, and more. Its easy to imagine that he financed the business on a lot of debt to be able to purchase tons of machines and heavy inventory. Then all it would take is a rapid decline to wipe out all the profits and still end up in debt.

Debt is a really big issue in general and is just a finance killer. In business you either need no debt or if you have debt you need continued growth.

Whats the Take Away?

The message I got from this was millions can come from small amounts of money,  especially if you add to it daily. It’s never too late to start saving, to start paying down debt, or to start earning money. There are so many ways you can start earning money right now.

Hope you enjoyed the video, let me know if you’ve seen any other interesting documentaries on making/losing millions!

Thank you for reading!

How to Get $100 Worth of Free Clothes Online

Free $20 From Netspend With This Trick

Free $5 Amazon Credit if you Download the Amazon App